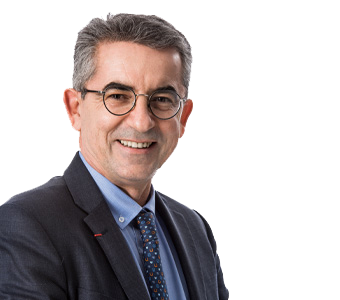 Chairman of the Board of Directors and Chief Executive Officer 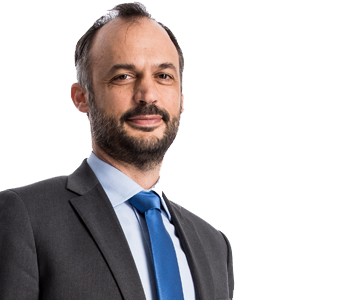 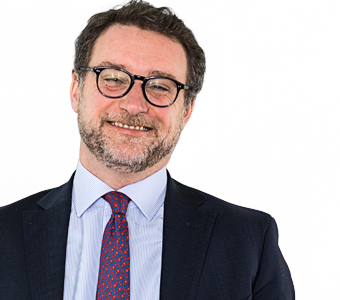 Alessandro Baroni is Chief Business Divisions Officer and Deputy Head of Worldline Global Financial Services since March 2020. He was previously Chief Market Officer for Worldline Global Financial Services. He is a member of the Board of Directors of equensWorldline since October 2016 upon the closing of the strategic partnership between equens and Worldline. He has been part of the Equens Board of Directors since 2011, first as responsible of the cards business, then as Group CIO and finally as CMO. He joined Equens in 2008 upon the incorporation of Equens Italia, the Italian entity set up by ICBPI and Equens SE as a vehicle for their strategic partnership, for which Alessandro Baroni was in a leading role since its origination. Alessandro Baroni is a member of the Worldline Group Executive Committee. Prior to joining Equens, Alessandro Baroni worked for The Boston Consulting Group in Milan and Toronto as a consultant and principal, serving clients in the financial services and consumer goods & retail industries in the fields of strategy, corporate development, organization and operations. Mr. Baroni holds a Bachelor in Business Administration from Bocconi University, Milan.

Olivier Burger is a graduate of SUPMECA and the Ecole Normale Supérieure. He started his career in France at Renault in software development. After two years spent in Canada for the French Foreign affairs, he joined Alstom in the train division where he headed several operational positions in the field of fail-safe train control systems in France and in the United Kingdom. In 2004, he joined Orano to lead various Human Resources managerial positions in Global Business Units and then in charge of Talent & Reward for the Group. Olivier joined Atos in 2016 as Human Resources Senior Vice President of the Big Data & Security Division. He was also in charge of the WellBeing@Work and the Expert policy at Group level at Atos before joining Worldline in 2018 as Group Head of Human Resources. Olivier is a graduate of Supmeca and the Ecole Normale Supérieure de Cachan. 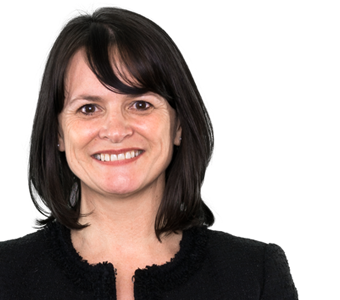 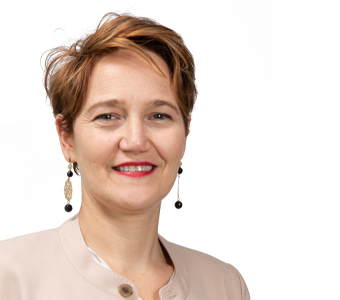 Eglantine has over 20 years’ experience in leading multicultural teams and a strong expertise in risk management, internal control, compliance and internal audit in the banking sector. She joined Ingenico in September 2017 and was appointed EVP Audit, Risk and compliance, with the task of developing the internal control set up and raising awareness of risk within the Group. Previously, as senior advisor to the Head of Compliance at BNPP International Retail Banking from 2015 to 2017, Eglantine coordinated the roll out of the compliance transformation program in several entities of the group. Between 2000 and 2015, Eglantine held several leading positions in various entities of Dexia focusing alternately on credit and financial market risk management, internal audit and product control. She was a member of the board of Dexia Crediop in Italy from 2013 to 2015. Eglantine started her career at Crédit Agricole CIB. Eglantine has been a member of the European Women on Boards (EWoB) since 2012. 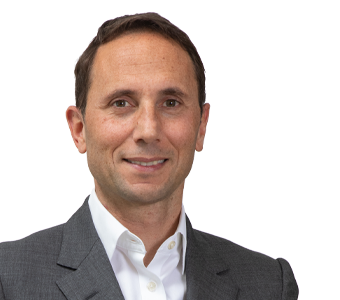 Matthieu has a proven track record in transforming business in the High Tech industry and a strong experience of international environments especially in APAC. Matthieu joined Ingenico in April 2019, as EVP of the Banks & Acquirers (B&A) Business Unit. Matthieu Destot brings more than 20 years of experience in global sales, business management, and transformation, most recently as Chief Operating Officer at Alcatel-Lucent Enterprise (ALE), member of the ALE Executive Team, and leader of the Cloud Communications Business Division. Matthieu is a recognized leader with a track record in leading business transformation of proprietary Hardware/Software business towards open and standard based platforms as well as Cloud services. Matthieu is also an Independent Board Director at ALE Holding. Matthieu holds a Master of Science in Engineering from the Ecole Centrale Lille and is a graduate of the ESSEC business school in Paris. 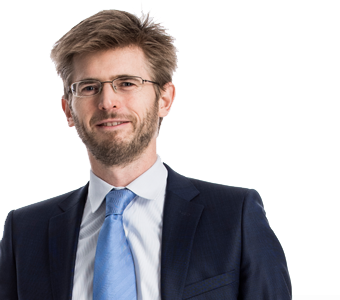 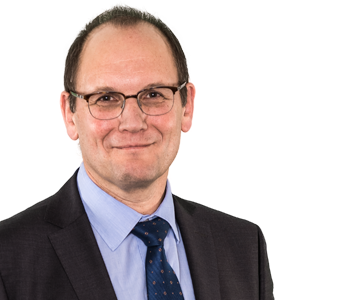 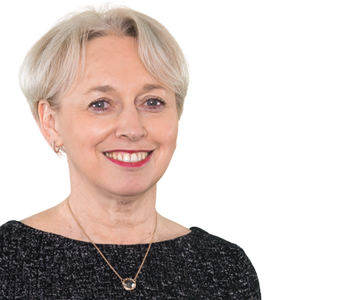 Jacques has wide experience in strategic positioning and operational management in services. He joined Ingenico in 2012 as EVP Chief Solutions Officer. From January 2015 to February 2017 he was the head of the Group’s Smart Terminals & Mobile Solutions division. He was acting EVP North America in 2017. Jacques was appointed EVP Strategy & Performance in January 2018, and was appointed head of HR & Communications functions in April 2020. Jacques began his career at Air France, where he held various positions in Air Inter and Servair. In 1998, he joined Amaury as General Manager of the French newspaper Le Parisien before becoming the company’s CEO. He also acquired specific skills in the field of software development through the launch of Corail Software in 2008. Jacques Guérin holds degrees from the Ecole Polytechnique and the Ecole Nationale de l’Aviation Civile. 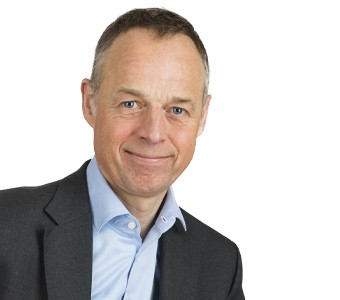 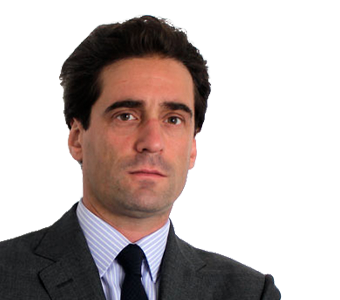 Until November 2020, Grégory Lambertie was SVP Strategy and M&A at Ingenico since January 2018 after joining the company in 2015. He is a Board member of Payone GmbH, our joint-venture with the German Savings Banks. Grégory brings expertise in the financial services as well as tech industry and a track record of delivering complex deals. From 2011 until 2015, he was a Senior Banker at Ondra Partners, the independent investment bank. He was involved in many M&A, financing, and capital market operations in Europe, the United States and Africa. Grégory started his career within the M&A department of Lehman Brothers’ in London in 2001. In 2007, he joined Trilantic Capital Partners, the private equity fund, as a European Partner in charge of deals in the industrial, tech and healthcare services sectors. Grégory Lambertie is a graduate of Ecole des Hautes Etudes Commerciales (HEC Paris) and of Sciences Po Paris Public Affairs School. 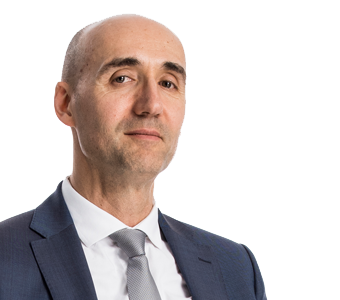 Senior Advisor to the CEO

Michel-Alain has a proven track record in finance, strategy, integration, and transformation. Michel-Alain Proch was appointed Chief Financial Officer of Ingenico in February 2019. Michel-Alain brings more than 25 years of experience in finance, strategy, integration, and transformation, most recently as SEVP & Group Chief Digital Officer at Atos after having led the Group operations in North America from 2015 to 2018. As EVP and Group Chief Financial Officer of Atos from 2007 to 2015, he led several major M&A operations, successfully co-led the IPO of Worldline. Michel-Alain was recognized as best CFO (Europe, Software & IT Services) by Extel during four consecutive years. He was Board Member of Worldline until 2016. Michel-Alain had previously held senior executive roles at Hermès in France and the United States for 8 years. He started his career as a consultant at Deloitte & Touche in France and the UK.
Michel-Alain holds a Master’s Degree in Finance from Toulouse Business School. 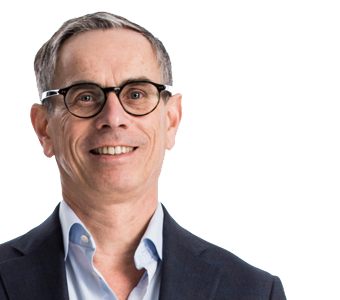 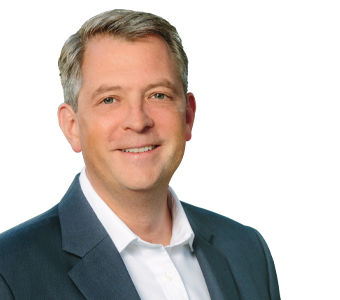 Niklaus Santschi has worked in the cards and payments business for more than 25 years.
In various management positions, he played a driving part in transforming the card business of the then Telekurs Group into a competitive European payment service provider. Niklaus Santschi became CEO of SIX Payment Services and a member of the Group Executive Board of SIX in 2011, in which capacity he was responsible for further expansion and ongoing internationalization of all payments and processing business and created a lasting foundation for SIX’ growth strategy. As part of his successful activity, he held various seats on boards of directors and international bodies in the payment business.
From 2015 on, Niklaus Santschi acted as advisor and consultant for prestigious international companies, private equity firms and start-ups in the fintech and payment sectors. In January 2017, he took over as CEO at B+S Card Service GmbH, Frankfurt, which merged with the Kiel-based service provider PAYONE GmbH to create BS PAYONE GmbH, one of the leading European full-service providers for cashless payment solutions. After a further investor process, he merged BS PAYONE with Ingenico Payment Services GmbH and formed PAYONE a joint venture between Ingenico and DSV (Deutscher Sparkassenverlag), market leader in the DACH region. As CEO PAYONE he was member of the Ingenico Executive Committee. 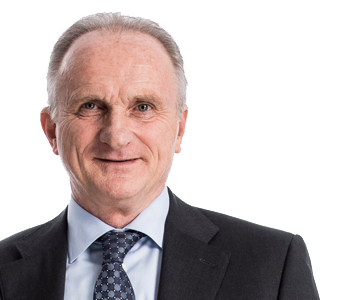 Michael Steinbach is Head of Global Business Line Financial Services of Worldline and CEO of equensWorldline SE. Furthermore he is member of Worldline´s Group Executive Committee. Next to that, he is involved in national and international payment committees. Earlier, he acted as Chairman of the International Payments Framework Association (IPFA) and member of the supervisory board of Deutsche Bank Nederland NV. Michael Steinbach was one of the responsible acting managers on the mergers between the Dutch Interpay B.V. and the German Transaktionsinstitut fuer Zahlungsverkehrsdienstleistungen AG which led to the incorporation of Equens in 2006 and between Equens and the processing part of Worldline, resulting in the creation of equensWorldline SE in 2016. Prior to his appointment as Chairman of the Board at Transaktionsinstitut in 2003 he was a director of DZ BANK AG (Deutsche Zentral-Genossenschaftsbank), where he headed the payments/cards/trade finance department. During his career he has headed increasingly large and complex payment and cards divisions formed by mergers in the banking and financial services world.